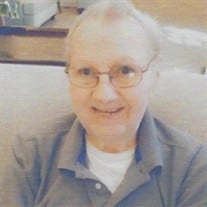 William (Bill) F. Vogt, 84, resident of Millbrook, IL from 1960-2016, passed away Saturday, November 28, 2020 at Rush-Copley Medical Center in Aurora, IL. He was born January 5, 1936 in Cannelton, IN the son of Andrew J. and Lilly (Reed) Vogt. He married Helen K. Oschmann on October 7, 1956 in Newburgh, IN. He was a member of Millbrook Methodist Church. He was a volunteer at the Millbrook Fire Department for many years. He worked for Western Electric from 1955-1987 in Montgomery, IL. After he retired, he worked with the road commissioner at Fox Township. He is survived by his wife Helen K. Vogt of The Reserve of Oswego, IL; two sons Daniel (Jane) Vogt of Sheridan, IL and David (Joyce) Vogt of Edina, MN; seven grandchildren Jeremy (Jasmyn Steele), Heather, Emily (Joe Ramey), Andrea (Kevin Kreinbrink), Bailey, Sydney, and Avery; two great-grandchildren Duke and Addison; brother August Lee Vogt and sister Shelby both of New Albany, IN; son-in-law Warren Peterson of Florida. He is preceded in death by his parents and daughter Marian Peterson. According to William’s wishes there will be no services, or a visitation. Arrangements were entrusted in Turner-Eighner Funeral Home & Crematory. A Private Inurnment will be held at a later date at West Lisbon Cemetery in Lisbon, IL. Donations in honor of Bill can be made to Millbrook United Methodist Church. For more information, or to sign the online guest book please go to www.EighnerFuneralHomes.com Turner-Eighner Funeral Home & Crematory 3952 Turner Avenue Plano, IL 60545 (630) 552-3022

The family of William F. Vogt created this Life Tributes page to make it easy to share your memories.

Send flowers to the Vogt family.