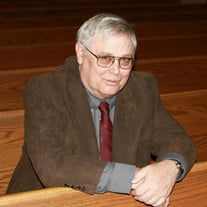 Wayne Thomas Duerkes, 72, of Somonauk, Illinois passed away Thursday, August 23, 2018 at Rush-Copley Medical Center in Aurora, IL, surrounded by his loving family. He was born May 5, 1946 in West Reading, PA the son of Charles and Antoinette (Mittelmier) Duerkes. He married his one true love, Edna L. Banks on January 25, 1969 in Humboldt, TN. He was a member of St. John the Baptist Catholic Church in Somonauk, where he was active on the CCD program serving as president, and was an usher for several years. Wayne was a proud Combat Veteran of the U.S. Marine Corps having served three tours as a Sergeant during the Vietnam War. He worked for 30 years in the U.S. Post Office serving as Postmaster in Sandwich, Batavia, and Naperville, retiring in 2001. He was lovingly devoted to his wife of 49 years. His greatest joy was spending time with his wife, children, and grandchildren. He is survived by his wife Edna of Somonauk; his children, Danielle E. Jensen, Wayne N. (Jennifer) Duerkes, Charlotte L. (John) Odean, Wade E. (Pauline) Duerkes, and Annette J. (John) Anderson; eleven grandchildren; three sisters; three brothers; and several nieces and nephews. He was preceded in death by his parents, two brothers, one sister, and one granddaughter. Funeral Mass will be held at 10:30 a.m., Monday, August 27, 2018 at St. John the Baptist Catholic Church in Somonauk, IL with Rev. Kevin Butler officiating. Burial will follow in St. John Catholic Cemetery in Somonauk, IL. Visitation will be from 2:00 to 6:00 p.m., Sunday, August 26, 2018 at Turner-Eighner Funeral Home in Somonauk, IL, with a prayer service at 5:40 p.m. In Lieu of flowers, memorials may be directed to St. John the Baptist Catholic Church to The CCD Fund. For more information or to sign the online guest book go to www.EighnerFuneralHomes.com Turner-Eighner Funeral Home 13160 W. RT 34 ~ Box 404 Somonauk, IL 60552 (815) 498-2363

Wayne Thomas Duerkes, 72, of Somonauk, Illinois passed away Thursday, August 23, 2018 at Rush-Copley Medical Center in Aurora, IL, surrounded by his loving family. He was born May 5, 1946 in West Reading, PA the son of Charles and Antoinette... View Obituary & Service Information

The family of Wayne Thomas Duerkes created this Life Tributes page to make it easy to share your memories.

Send flowers to the Duerkes family.