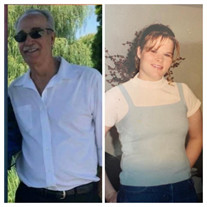 Todd C. Burnett, 60, of Montello, Wisconsin passed away Tuesday, April 20, 2021 at the University of Wisconsin Hospital in Madison, WI. He was born January 23, 1961 in Melrose Park, IL the son of George and Patricia (Bowers) Burnett. He owned and operated Todd’s Buffalo Lake Lodge in Montello, WI. Todd was very out spoken, hard worker, was a wonderful father, grandfather and brother. He is survived by two sons, Todd (Marielle) Burnett of Naperville, IL, and Rob Burnett of Lisle, IL; five grandchildren, Kaylee, Madison, Vivianne, Violet, Mason, and two more soon to be. One brother, Curt (Cindy) Burnett of Earlville, IL, two sisters, Kim Burnett and Candice Disharoon, and several nieces and nephews. A special life partner, Donna Ludwig. He was preceded in death by his parents, his wife Janet, one daughter Tiffany, two brothers, Russell and Scott, and one sister Debbie. Tiffany K. Burnett, 38, of Downers Grove, IL passed away April 15, 2020 at her home. She was born September 28, 1981 in Downers Grove, IL the daughter of Todd C. and Janet (Bradley) Burnett. Tiffany Loved music, going to concerts, singing. She was extremely book smart, enjoyed cooking, loved animals and was very out spoken. Most of all she loved spending time with her family at Holidays and special occasions. She worked as a waitress at Quincey’s for several years. She is survived by one daughter Kaylee of Illinois and Wisconsin. Her boyfriend of 15 years “Captain Ron” Memorial service for Todd and Tiffany will be held at 11:00 a.m., Wednesday, May 5, 2021 at Turner-Eighner Funeral Home in Somonauk, IL, with Pastor Chris Schoon officiating. Visitation will be from 10:30 a.m. until the service at 11:00 a.m., on Wednesday, May 5th in the funeral home. For more information or to sign the online guest book go to www.EighnerFuneralHomes.com • A celebration of life will be held at Todd’s Buffalo Lake Lodge, W 4011 County Road C Montello, Wisconsin, 53949 on Saturday, May 8th at noon. • (608) 297-9311 Turner-Eighner Funeral Home 13160 W. RT 34 ~ Box 404 Somonauk, IL 60552 (815) 498-2363

Todd C. Burnett, 60, of Montello, Wisconsin passed away Tuesday, April 20, 2021 at the University of Wisconsin Hospital in Madison, WI. He was born January 23, 1961 in Melrose Park, IL the son of George and Patricia (Bowers) Burnett.... View Obituary & Service Information

The family of Todd and Tiffany Burnett created this Life Tributes page to make it easy to share your memories.

Send flowers to the Burnett family.