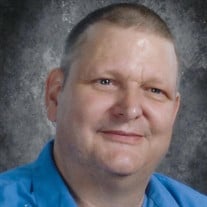 Thomas C. Lunt, 67, of Somonauk, IL formerly of Berkeley, IL passed away on Monday, November 2, 2020 at Northwestern Memorial Hospital in Chicago, IL. He was born October 2, 1953 in Chicago, IL the son of Edwin H. and Noreen (Dinse) Lunt. He married Jean Hennessey on November 23, 1984 in Westmont, IL. He was a member of St. John’s Lutheran Church in Somonauk. He was the founder of Berkeley Park District. He was a Boy Scout leader for several years. Thomas enjoyed listening to music and working on building computers. He was known by many for his unique sense of humor. His greatest love of all was his family especially his four grandchildren. He is survived by his wife, Jean; his sons, Paul Chamberlin of Somonauk, IL and Tim (Cheryl) Chamberlin of Genoa City, IL; four grandchildren, Nathan, Mason, Mackenzie, and Olivia; one brother, Daniel (Linda) Lunt of South Elgin, IL; one sister, Karen (Andrew) Wilson of Queen Creek, AZ; and several nieces, nephews, cousins, and friends. He was preceded in death by his parents, Edwin and Noreen Lunt. Funeral service will be held at 5:00 p.m. on Sunday November 8, 2020 at Turner-Eighner Funeral Home in Somonauk, IL with Pastor Chris Schoon officiating. Visitation will be from 2:00 p.m. to the time of service at 5:00 p.m. on Sunday November 8, 2020 at the funeral home. Graveside service will be held at 11:00 a.m. Monday, November 9, 2020 at St. John Lutheran Cemetery in Somonauk, IL. In lieu of flowers memorials may be directed to St. John’s Lutheran Church pew fund. For more information or to sign the online guest book please go to www.EighnerFuneralHomes.com Turner-Eighner Funeral Homes 13160 Rt 34 W ~ P O Box 404 Somonauk, IL 60552 (815) 498-2363

The family of Thomas Carter Lunt created this Life Tributes page to make it easy to share your memories.

Send flowers to the Lunt family.