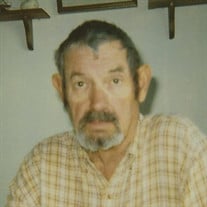 Shelby “Jim” Atwell, 77, of Sandwich, IL, passed away Saturday, July 6, 2019 at Sandwich Rehab and Health Care Center. He was born November 23, 1941 in South Buffalo, KY, the son of James F. and Dorothy L. (Oakes) Atwell. He married Stella “Gert” DeSpain on September 9, 1967 in Paw Paw, IL. Jim was a member of First Baptist Church of Paw Paw and the Plano American Legion. He proudly served in the US Navy from 1963 to 1967 during the Vietnam War. Jim was the superintendent of the water reclamation of Plano for nearly 30 years. He was a skilled artist, drawing many pictures and also wood working, creating many works for his family and friends. He is survived by his wife, Stella “Gert” of Sandwich, IL; one sister, Bonnie Stanford of Oswego, IL; one brother, Jamie Atwell of Sycamore, IL; one sister-in-law, Joanne Atwell of Peace Valley, MO; two nieces, Tina (Mike) Painter of IN and Joanne (Ken) Rosenwinkle of IL; three nephews, Walter (Cindy) Atwell of MO, Darrin “Kate” Stanford of WI, and Zachary (Amber) Atwell of Sycamore, IL; his beloved cat, Smokey. He was preceded in death by his parents, a daughter in infancy, Michelle, a brother, Walter Atwell, a brother-in-law, David Stanford, a nephew in infancy, Chris Stanford. In accordance with Jim’s wishes, there will be no services. Cremation Rites were accorded to Turner-Eighner Funeral Home. For more information or to sign the online guest book, go to www.EighnerFuneralHomes.com Turner-Eighner Funeral Home 13160 Rt 34 W ~ PO Box 404 Somonauk, IL 60552 815-498-2363

The family of Shelby "Jim" Atwell created this Life Tributes page to make it easy to share your memories.

Send flowers to the Atwell family.