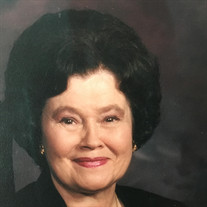 RUTH IOLA (MADING) JELM Iola Jelm was born July 10, 1928 in Detroit, MI, the daughter of Lowell and Ruth Nelson Mading. She was sister to Marguerite, Kenneth, Glenn and Russell Mading, now deceased. She grew up on W. Madison St in Ottawa, Il and graduated from Ottawa High School in 1946. After High School, Iola worked for Miller Jones Shoes, enjoying the challenge and responsibility. She married Donald Jelm on October 8, 1950, and, in January 1951, became an Army wife when Don was drafted to serve in the Korean Conflict. They lived for a time in Missouri, while Don trained at Fort Leonard Wood. After his discharge in October 1952, they moved to Somonauk and started their family. She was mother to Steven Jelm (St. Charles), Jeffrey Jelm (Batavia), Sandra Jelm (Minnetonka, MN) and Douglas Jelm (Somonauk). She joined the PTA, solicited for the March of Dimes, volunteered for field trips and attended almost every Somonauk Junior High and High School basketball game between 1967 and 1980. She joined Brokers of the Midwest realtors in 1974 and worked there as a secretary until the 1990s. She welcomed daughters-in-law Judy Michels (Steve) and Sandy Meyer (Jeff) into the family. Iola would say that one of the greatest roles she had was that of Grandma. Her grandchildren, Erin (Chicago), Collin (Minneapolis), Caitlin (New York City) and Caroline (Seattle) made her laugh and brought a lot of joy into her life. She and Don had been married for 65 years when he died in 2015. Iola loved her family and they were her first priority. She emphasized the importance of higher education - a privilege she did not have- and made sure her children went to college. She chose to meet life’s challenges with dignity and kindness. On October 13, 2018, Iola died at age 90, following complications of a heart attack. She will be dearly missed by her loving family and friends. A private family celebration of life is being planned for a later date. The family has asked that in lieu of flowers, donations be made to the Parkinson’s Foundation, the National Multiple Sclerosis Society or charity of donor’s choice. For more information or to sign the online guest book, go to www.EighnerFuneralHomes.com. Turner-Eighner Funeral Home 13160 Rt. 34 W ~ PO Box 404 Somonauk, IL 60552 815-498-2363

The family of Ruth Iola Jelm created this Life Tributes page to make it easy to share your memories.

Send flowers to the Jelm family.