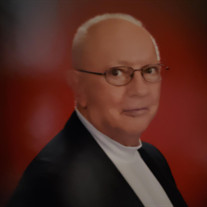 Ronald P. Adrian, 87, of Somonauk, IL. passed away Wednesday, October 13, 2021 at Sandwich Rehabilitation and Health Care Center in Sandwich, IL. He was born January 2, 1934 in Sandwich, IL. the son of Julian and Alice (Batterham) Adrian. He married JoAnn Burgin on August 29, 1952 in Somonauk, IL. He was a member of St. John the Baptist Catholic Church in Somonauk his whole life. Ron had his grade school education from the Coultrip Country School, then graduated from Somonauk High School class of 1952. He enlisted in the Navy and was honorably discharged from the Naval Reserve in 1960. When he worked, he was in transportation and trucking management for many years and retired after working in the Chicago land area for 35 years. His passion was the involvement with baseball and softball as a player and a coach. He formed and managed the first Pony League team in Sandwich, also starting the 8- and 9-year-old Little League team of the Corn Belt League in Somonauk. Ron was a member of the Somonauk High School Hall of Fame, the Somonauk Lions Club which he also served as President, Friends of Alsace, Somonauk PTA, Somonauk Education Boosters, Will County Traffic Club and served on the Board of the Fox Valley Traffic Club. He enjoyed the time he spent as an IHSA umpire and all the trips as a school bus driver. In Ron’s words, “When this day comes, my final wish would be, though possibly difficult, to celebrate with very little sadness. My life has been a good life, blessed with a wonderful wife, a friend, a mate, and a great mother to our four children, Wyan, Terri, Mark, and Doug. I have been so pleased to have known them, share with them and be friends with them and the grandchildren that I was so blessed with. How can this be a sad time when I had so much good?” He is survived by his wife of 69 years, JoAnn; his four children, Wyan Adrian of Somonauk, IL., Terri (Jerry) Vargo of Seguin, TX., Mark (Kevin Draves) Adrian of Seattle WA. and Doug (Brinda Hyatt) Adrian of Sandwich, IL.; seven grandchildren, three great grandchildren; one sister-in-law, Rosalie Adrian of Leland, IL.; one brother-in-law, Marv Hill of Panama City, FL. and several nieces and nephews. He is preceded in death by his parents, a baby brother in infancy Joseph Adrian, one sister Marie Hill and two brothers Bob Adrian and Paul Adrian. Funeral Mass will be held at 10:30 on Tuesday, October 19, 2021 at St. John the Baptist Catholic Church in Somonauk, IL. with Father Kevin Butler officiating. Burial will follow at St. John Catholic Cemetery in Somonauk, IL. Visitation will be from 4:00 p.m. to 7:00 p.m. on Monday, October 18, 2021 at Turner-Eighner Funeral Home in Somonauk, IL. Memorials may be directed to St. John the Baptist Catholic Church, Somonauk, IL. or the charity of one’s choice. For more information or to sign the online guest book please go to www.EighnerFuneralHomes.com Turner-Eighner Funeral Home 13160 Rt. 34 West ~ PO Box 404 Somonauk, IL. 60552 (815) 498-2363

The family of Ronald P. Adrian created this Life Tributes page to make it easy to share your memories.

Send flowers to the Adrian family.