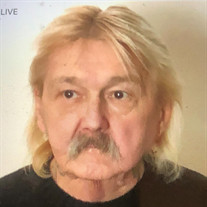 Martin Alan Lincoln, age 73, of Plano, IL, passed into his Lord’s arms on Thursday, May 7, 2020, at Amita (Mercy) Hospital in Aurora, IL, from a decade long battle with cancer. He was born on September 20, 1946 to Alan Lincoln Shirley (Hengesbach) Lincoln in Sandwich, IL. Marty graduated from Plano High School in 1964. He attended college at the University of Missouri at Rolla. Marty was a lifelong member of First Lutheran Church in Plano. He married Valerie Ardelean on October 23, 1971 and they spent 48 ½ wonderful, loving years together. They were inseparable! Marty retired from the Kendall Co Sheriffs Department in 2003, after 28 years of service, as Sgt-Head of Investigations. He also enjoyed his time as K-9 Officer with his beloved German Shepard, Cisco. After retirement, he worked part time as a bartender at the American Legion, Leon Burson Post 395 in Plano for 7 years. Marty belonged to many organizations in the past. Fox Valley HOG Chapter, where he served as Asst Director for two years; the Quad County Hawg Hunters, Muskies, Inc; a charter member of the American Legion Post 489 Legion Riders in Yorkville; Past Commander of SAL Squadron -Post 395; and Open Roads Abate. He was currently a member of the SAL and Honor Guard at Post 395; FOP; Sandwich Moose Lodge 1016; American Legion Post 489; and the Tiger Club. He served on the Plano Police Pension Fund Board for many years to present. He loved motorcycles, cars (especially his 37 Nash Street Rod, Tweety), crossword puzzles, Jeopardy, music, campfires, and football, (playing in High School & College). He was a huge Green Bay Packer fan! His favorite love was the time they spent together at their second home in Eagle River, WI. He is survived by his loving wife, Valerie; his sister, Susan (Howard) Casner of Plano, IL; his niece, Tricia (Jason) Troyer, and their children, Nathan and Savannah of Hinckley, IL; his aunt, Burdell Thomas of Somonauk, IL and many cousins. His sister-in-law, Robbie Kuehlem of Sayner, WI and her children, Aaron of Sayner, and Katie (Eric) De La Garza and daughter, Julia Jean of Eagle River. Plus, numerous friends and special friend, Jacki Niles. Also, his loving cats, Theodore and Samantha. He was preceded in death by their baby that died in infancy; his parents; his stepfather, Wayne Covert; his beloved K-9, Cisco; and his in-laws, Art and Carole Ardelean. Marty was an inspiration to all who knew him and he was always his own man! In lieu of flowers, memorials may be directed to American Legion Post 395-Plano-Honor Guard Fund; First Lutheran Church-Plano; Lutherdale in Elkhorn, WI; or the Leukemia / Lymphoma Society. Marty’s funeral service will be attended by family only, but guests are welcomed to join us online. Please go to our Facebook page to join the service. Private Funeral Services will be at 10:00 a.m. on Tuesday, May 12, 2020 at Turner-Eighner Funeral Home in Plano, with Pastor Jonathan Black officiating. Public is welcome to join the police procession by his residence, onto Oak Ridge Cemetery in Sandwich for the committal service. For more information or to sign the online guest book, go to www.EighnerFuneralHomes.com or at Facebook, Turner-Eighner Funeral Homes & Burkhart-Eighner Funeral Home Turner-Eighner Funeral Home 3952 Turner Ave. Plano, IL 60545 630-552-3022

The family of Martin "Marty" Alan Lincoln created this Life Tributes page to make it easy to share your memories.

Send flowers to the Lincoln family.