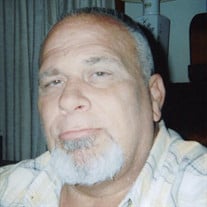 Mark A. Kamoss, 66, of Earlville, IL formerly of Aurora, IL, passed away Tuesday, October 27, 2020 in OSF ST. Paul Medical Center in Mendota, IL. He was born August 28, 1954 in Aurora, IL the son of Donald and Edythe (Hilderbrand) Kamoss. He married Debra A. Hoffer on January 15, 1978 in Illinois. Mark enjoyed camping in Wisconsin, tinkering with cars, minibikes, and anything with a motor. Most of all he enjoyed spending time with his family. According to Mark’s wishes there will be no visitation or services, a celebration of his life will be at a later date. Arrangements were entrusted to Hanley-Turner-Eighner Funeral Home in Earlville. He is survived by his wife Debra; three sons, Adam (Tabitha Coomes) Kamoss, Daniel (Lisa Rico) Kamoss and Jason Kamoss; six grandchildren, Kelsey, Luke, Tyler, Brandon, Rachel, Lily, and one soon to be, Izaiah; One great grandson, Jaxon; One sister, Edith Stone, one brother, Donald (Cathy) Kamoss, and one nephew, Nathan. He was preceded in death by his parents, and one brother, David. For more information or to sign the online guest book go to www.eighnerfuneralhomes.com Hanley-Turner-Eighner Funeral Home 407 S. Ottawa St. ~ P.O. Box 808 Earlville, IL 60518 (815) 246-6491

The family of Mark A. Kamoss created this Life Tributes page to make it easy to share your memories.

Send flowers to the Kamoss family.