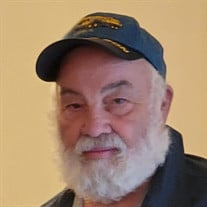 Ladislao Cruz, Jr., 73, of Ottawa, Illinois passed away Sunday, November 28, 2021 at St. Elizabeth Medical Center in Ottawa, IL. He was born December 25, 1947 in Puerto Rico the son of Ladislao and Efigenia (Carreras) Cruz. He married Alice Piatz on July 3, 1969 in Napoleon, North Dakota. He was a member of the Ottawa Moose Lodge and St. George’s in Aurora, IL. He retired from Caterpillar after 30 years of service. He enjoyed tinkering in his workshop. Most of all he loved spending time with his family, especially his grandchildren. He is survived by his wife, Alice; two sons, Ladislao Michael Cruz of Ottawa, IL, and Steve (Mandi) Cruz of Rochelle, IL; five grandchildren, Tyler, Hannah, Joshua, Heidi, and Collin; one great grandson, Xander; three sisters, Maria (John) Larabee, Iris (Tim) Davis, and Anna L. Cruz all of Florida, and several nieces and nephews. He was preceded in death by his parents, one sister, Eva Cruz. Cremation rites were accorded to Turner-Eighner Funeral Home in Somonauk, IL. Services will be held at a later date. For more information or to sign the online guest book please go to www.EighnerFuneralHomes.com Turner-Eighner Funeral Home & Crematory 13160 W. RT 34 ~ Box 404 Somonauk, IL 60552 (815) 498-2363

The family of Ladislao Cruz JR. created this Life Tributes page to make it easy to share your memories.

Send flowers to the Cruz family.