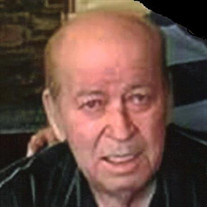 John Earl Ballard, 78, of Earlville, Illinois passed away Tuesday, April 16, 2019 at his home. He was born July 18, 1940 in O’Kean, Arkansas the son of Barney and Iva (Fuller) Ballard. John married Judy Bedford on November 30, 1970 in Geneva, IL. John retired from Henry Pratt in Aurora, IL with over twenty years of service to them as a tool and die maker. After retiring he worked at Electric Materials of Earlville, where he was mentoring a worker to be their tool and die maker. He loved fishing, hunting, football, old western “John Wayne” movies and his dog Bandit he called his “Baby”. Most of all he enjoyed eating out and spending time with his family. He is survived by his wife of 48 years, Judy of Earlville; three children, Russell Ballard of Texas, LaVonda (Jeff) Dolan of Naperville, Illinois, and Tracy (Mitzi) Ballard of Missouri; three step-children, Kathy (Eddie) Lovelace of North Carolina, Scott Buchanan of Yuma, Arizona, and Marla Buchanan of Madison, Wisconsin; fourteen grandchildren; thirteen great grandchildren; one sister Pat (Tom) White and one brother Dick Ballard both of Arkansas, and several nieces and nephews. He was preceded in death by his parents, one daughter-in-law, Tracy Ballard, one sister Bonnie Williams, one brother Larry Ballard, one grandchild Misti Smith, and one great grandchild Trevor Smith. According to John’s wishes there will be no services. Cremation rites were accorded to Hanley-Turner-Eighner Funeral Home in Earlville. For more information or to sign the online guest book go to www.EighnerFuneralHomes.com Hanley-Turner-Eighner Funeral Home 407 S. Ottawa St. ~ Box 808 Earlville, Illinois 60518 (815) 246-6491

The family of John Earl Ballard created this Life Tributes page to make it easy to share your memories.

Send flowers to the Ballard family.