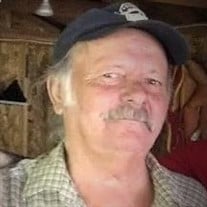 Jackie “Jack” Lee Todd, 73, of Leland passed away Saturday, November 30, 2019 at his home. He was born November 9, 1946 in Sandwich, IL, the son of John I. and Ruth A. (Harper) Todd. He married Ulrike B. Nirshel on December 22, 1967 in Furth, Germany. Jack retired from the US Army after many years of service. He is survived by one son, Michael L. (Autumn) Todd of Yorkville, IL; two grandchildren, Mason Todd and Sophia Todd; one sister Annetta (Gayton) Richey of Earlville, IL; six brothers, Richard and Dennis Todd, both of Leland, IL, James (Cinda) Todd of Plano, IL, Rodney Todd of Florida, John Todd of Sandwich, IL, and Greg (Donna) Todd of Earlville, IL. He was preceded in death by his parents and his wife on November 28, 2018, two brothers, Kenneth and Donald Todd. In accordance with Jack’s wishes, there will be no services. Cremation Rites were accorded to Turner-Eighner Funeral Home. For more information or to sign the online guest book, go to www.EighnerFuneralHomes.com Turner-Eighner Funeral Home 13160 Rt 34 W ~ PO Box 404 Somonauk, IL 60552 815-498-2363

The family of Jackie "Jack" Lee Todd created this Life Tributes page to make it easy to share your memories.

Send flowers to the Todd family.