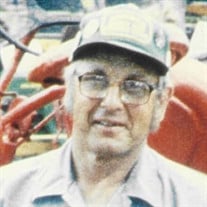 Harold F. Pohl, 80, of Plano, IL passed away Saturday, August 14, 2021 at Season’s Hospice in Naperville, IL. He was born February 7, 1941 in Aurora, IL the son of Harold & Mary (Summer) Pohl. He married Betty Lou Baker on March 16, 1963 in Plano, IL. He was a member of the Catholic Church, an avid member of the Sandwich Early Day Engine Club, and a Massey-Harris Tractors community member, heading up the 157 Massey Manifest at the Sandwich Fairgrounds. He had a passion of restoring tractors. In 2016 when Harold retired from the Carpenters Local 916 which he served fifty years, he enjoyed baking and mowing his lawn keeping it pristine which is where he gathered his thoughts. Anyone that knew him referred to him as “MacGyver” because he could fix anything and was willing to lend a helping hand to those in need. Most of all he enjoyed the time spent with his friends, family, and his dogs. He is survived by his wife Betty Lou Baker of Plano, IL, one daughter Kandi Pohl of Plano, IL, one son Harold Scott Pohl of DeKalb, IL; three sisters Rosemary Alderman of Hinckley, IL, Kathy Pohl Casey of FL, and Shirly Jean Galvin of Cortland, IL; two aunts, one uncle and several nieces and nephews. He was preceded in death by his parents, Harold & Mary Pohl, his two furry friends, Silky in 2010 and Fancy in 2019. Private graveside services will be held at a later date. For more information, or to sign the online guest book, please go to www.EighnerFuneralHomes.com Turner-Eighner Funeral Home & Crematory 3952 Turner Avenue Plano, IL. 60545 (630) 552-3022

The family of Harold F. Pohl created this Life Tributes page to make it easy to share your memories.

Send flowers to the Pohl family.