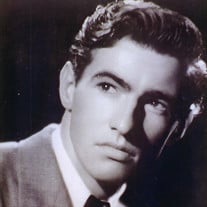 George Peter Weseman 12-23-1924 ~ 8-4-2020 The writer Henry David Thoreau once said, “The language of friendship is not words but meanings.” George was a true friend in every sense to everyone. He understood that being there for others was part of being human, and death is not something that can ever break that relationship. George's family encourages all reading this to be a friend to anyone, and by doing so, you keep George’s spirit alive in a world that desperately needs love and compassion. Simply put, George's light will forever shine in the actions of his friends George is survived by his children, Jeff of Leland, IL, Janet (Jeff) Gilbert of Batavia, IL, Judith Willett of Wheaton, IL and Ken (Ann) Weseman of Wheaton, IL; his grandchildren, Bob (Mary) Schmidt, Michael Schmidt, Kim (Paul) Obutusin, Adam (Melanie) Gilbert, Stefanie (Nate) DeMont, Bradley (Amanda) Nelson, Benjamin Willett, Lauren (Nick) Willett, Dana (John) Willett, Laura (Ben) Slater, Kevin Slater, and Hannah Weseman; Eight Great Grandchildren; Brother James (Lorraine) Weseman of Lombard, IL and Cheryl (Dennis) Li Causi of Plainfield, IL. He now joins his wife, JoAnn, daughter Carole, one son Gregory, granddaughter Lynlee Gilbert and his second wife, Therese and family that had pre deceased him. Dad retired from Topps Chewing Gum after 42 years as #1 Salesman. He reared his children in a not so strict Catholic home, loved by many will be eternally grateful that he was our Dad. Memorial Mass will be held at 10:30 a.m., Thursday, August 20, 2020 at St. John the Baptist Catholic Church 0S233 Church Street in Winfield, IL 60190. Inurnment will follow immediately after Mass in St. John the Baptist Catholic Cemetery in Winfield. Now I know why you always asked me to be strong…because you knew that one day, I would need the strength to bear your loss. I miss you, Dad. For more information or to sign the online guest book, go o www.eighnerfuneralhomes.com Turner-Eighner Funeral Home 13160 Rt. 34 W ~ PO Box 404 Somonauk, IL 60552 815-498-2363

George Peter Weseman 12-23-1924 ~ 8-4-2020 The writer Henry David Thoreau once said, &#8220;The language of friendship is not words but meanings.&#8221; George was a true friend in every sense to everyone. He understood that being there... View Obituary & Service Information

The family of George Peter Weseman created this Life Tributes page to make it easy to share your memories.

Send flowers to the Weseman family.