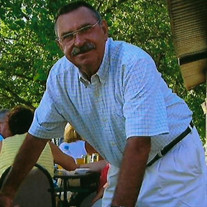 Eugene W. “Gene” Hash formerly of Somonauk, IL and recently residing in Sandwich, moved from his earthly life to his Heavenly home on Thursday, April 16, 2020 at his home in Sandwich. He was surrounded by his wife Marge of sixty-four years, his children, grandchildren, and other loving family members. After graduating from Somonauk High School in the class of 1952, Gene went on to work as a clerk at CB and Q Railroads in Aurora, IL. In 1954 he volunteered for the draft in the United States Army. After serving at Fort Lee, Virginia, he was sent to Fairbanks, Alaska where he proudly served finishing his two-year enlistment as a clerk/typist. After returning to his home in Somonauk, he began his career as a carpenter with Montgomery Construction Company located in Somonauk. A few years later he was employed by Reiss Construction of Serena. After leaving his position there, he formed his own company, Hash Construction. Gene and his wife, Marge, enjoyed vacations between their two favorite destinations, Florida and Minnesota. Fishing on Ten Mile Lake in Dalton, Minnesota, was where he made some of his fondest memories with family and friends. After many hours of fishing on the lake with his sidekick Marge, family and friends would congregate at their cabin for a potluck supper. When the grandchildren came along, the evenings would end with s’mores over a campfire. Eventually they bought their own boat and boarded it at the campsite. In standard Gene fashion, he kept his boat as clean as he kept his yard. Serving his community was also important to Gene. He was a lifelong member of Union Congregational Church of Somonauk, where during this time he served as a Deacon and Trustee. Gene also had been a member of the Aurora Moose Lodge and also a 25-year member of the Somonauk School Board. Gene was also a founding board member of IVVC in Sandwich. In addition, he served as a Zoning Board Chairman for the Village of Somonauk. Gene will surely be missed by those who loved him. As the family patriarch, his position will be difficult to fill. Grandpa knew how to fix, build, and repair almost everything, and loved doing it. In his final years, his hands did not work as well as they once did but his knowledge of “how to do it” still remained. He was often sought after for advice and he loved giving it. He is survived by his wife, Marge, his children: Craig Hash of Sandwich, Colleen (Tim) Meyer of Sandwich, Michael (Julie) Hash of Claremore, OK, in addition his four grandchildren: Hillary Meyer (Jason Zaleski) of Yorkville, IL, Megan Meyer of Fort Wayne, IN, Brandon (Dawn) Hash of Adair, OK, and Blaine Hash of Claremore, OK, great-grandchildren: Carson, Gracie, Cayden and Haiden Hash of OK. One brother Donald (Pat) Hash of Somonauk, and four nieces. Gene was preceded in death by his parents, Walter and Laura Hash, many aunts and uncles, and other close relatives. When I come to the end of the horizon and enter the other side, remember me with fondness; cry for me no more. I have found my final resting place, that special spot to fish; remember the time that we shared, that too I will miss. This is the journey I must take, and I must go alone. Know that my heart is with you, as I take this journey alone. To that final fishing hole for fisherman like me, to tell the biggest fishing tales about the one that got away. Remember me with fondness; this is not goodbye. It is “Till we meet again”, in the fishing hole in the sky. Visitation and Memorial Service will be held at a later date. Arrangements were entrusted to Turner-Eighner Funeral Home of Somonauk. For more information or to sign the online guest book please visit www.EighnerFuneralHomes.com Turner-Eighner Funeral Home 13160 Rt 34 ~ P O Box 404 Somonauk, IL 60552 (815) 498-2363

Eugene W. &#8220;Gene&#8221; Hash formerly of Somonauk, IL and recently residing in Sandwich, moved from his earthly life to his Heavenly home on Thursday, April 16, 2020 at his home in Sandwich. He was surrounded by his wife Marge of sixty-four... View Obituary & Service Information

The family of Eugene W. "Gene Hash created this Life Tributes page to make it easy to share your memories.

Send flowers to the Hash family.