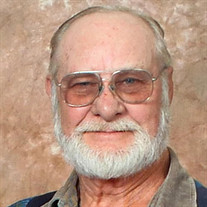 David B. Abbott, 79, of Leland, IL passed away Monday, May 17, 2021 at OSF St. Paul Medical Center in Mendota, IL. He was born July 24, 1941 in Sandwich, IL the son of Lysle and Lillian (Anderson) Abbott. He married Marilyn Passow on November 2, 1963 in Somonauk, IL. He drove a truck for Lowell Sampson Trucking. He served in the U.S. Army during Vietnam War. In 1970 he started Abbott Services in Leland and worked for Tri-County Concrete for over 10 years. After retiring from Teamsters, he started his own trucking company. He loved to work and use his hands. He built his own truck and house and could repair anything mechanical. David considered himself a Maverick. He is survived by his daughters, Carrie (Brian) Abbott-Walk of Dekalb, IL and Kathleen Abbott (Stephen Waguespack) of Chicago, IL; four grandchildren, Olivia, Paige, Ainsley, and Axel; the mother of his children, Marilyn Abbott of Somonauk, IL; his companion for over 6 years, Joyce Holzbach of Virginia; one sister, Sue Olle of Ottawa, IL; one sister-in-law, Judy Abbott of Montgomery, IL; and several nieces and nephews. He was preceded in death by his parents, Lysle and Lillian Abbott; one son, Lysle Andrew “Drew” Abbott; one granddaughter, Norah; one sister, Tia O’Neill; and two brothers, Guy (Barb) Abbott and Phil Abbott. Private Graveside Service will be at Little Indian Creek Cemetery in Leland, IL. Visitation will be from 4:00 p.m. to 7:00 p.m. Friday, May 21, 2021 at Turner-Eighner Funeral Home in Somonauk, IL. In Lieu of flowers Memorials may be directed to The Barn on Baseline (formerly known as Dekalb County Animal Shelter) or Leland Fire Department. For more information or to sign the online guest book please go to www.EighnerFuneralHomes.com Turner-Eighner Funeral Home 13160 Rt 34 W ~ P O Box 404 Somonauk, IL 60552 (815) 498-2363

David B. Abbott, 79, of Leland, IL passed away Monday, May 17, 2021 at OSF St. Paul Medical Center in Mendota, IL. He was born July 24, 1941 in Sandwich, IL the son of Lysle and Lillian (Anderson) Abbott. He married Marilyn Passow on November... View Obituary & Service Information

The family of David B. Abbott created this Life Tributes page to make it easy to share your memories.

Send flowers to the Abbott family.