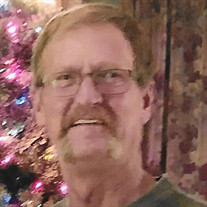 Craig A. Lenert, 63, of Leland, IL passed away Thursday May 12, 2022 at his home in Leland. He was born June 12, 1958 in Aurora, IL, the son of Robert L. and Audrey E. (Brooking) Lenert, Sr. He married Ginger M. Easton on October 18, 1999 in Key West, FL. Craig was a member of Roofers Union Local 11 for over 30 years. He was known as the Leland handyman who also enjoyed gardening and yardwork. Craig loved the beach, especially Key West, FL. He graduated from West Aurora High School in the Class of 1976. Most of all he loved spending time with his family. Craig is survived by his wife Ginger of Leland, IL; his mother Audrey (Bill) of Hot Springs Village, AR; 5 children Jason (Rachel) Lenert of Indiana; Michele (Josh) Smith of Plano, IL, Alexander Lenert of Puerto Rico, Zachary (Tyler) Lenert of Chicago, IL, and Alycia (Ryan) Tyler of Plano, IL; one step daughter Abigail Abbatacola of Bloomington, IL; nine grandchildren and 2 great grandchildren; two brothers Robert (Cindy) Lenert, Jr. of Pottsboro, TX, Scott (Sally) Lenert of Sugar Grove, IL; one sister Lisa Lenert- Dabbs of Yorkville, IL; many nieces and nephews. He was preceded in death by his father Robert L. Lenert, Sr. and two brothers-in-law Joseph Dabbs and Jeffery Easton. According to Craig’s wishes there will be no visitation. A celebration of life will be held at a later date. Cremation rites have been entrusted to Turner-Eighner Funeral Home in Somonauk, IL. For more information or to sign the online guest book go to www.EighnerFuneralHomes.com. Turner-Eighner Funeral Home 13160 US Route 34 W Somonauk, IL 60552 (815) 498-2363

The family of Craig A. Lenert created this Life Tributes page to make it easy to share your memories.

Send flowers to the Lenert family.